Tip the Glass and Feel the Bottom 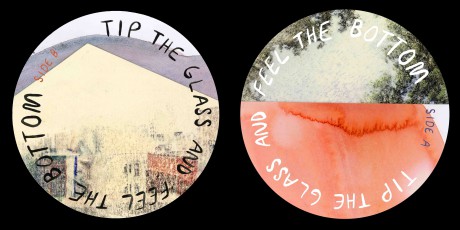 A RECORD FROM BONNIE ‘PRINCE’ BILLY & THE CAIRO GANG

We’re beyond excited to announce that we will be releasing records with Califone and Bonnie ‘Prince’ Billy this year. Both will be pressed limited edition vinyl with new material and we expect to see them sell out fast – we’ll be sure to keep everyone up to date as the release dates round the corner. Tim is giving us a Sin Ropas cover + new songs; Sweet William provided four cover songs recorded in Europe with The Cairo Gang. We’ve listened to it. Many. Times. We can’t wait for you to listen to them, too.

Lets dish, since I know you’re all itching for more information on this record — we don’t blame you, we would be, too. Sometimes it feels too heavy to think we’re actually doing this, both from the perspective of a long time fan turned small time record label owner and from the emotional weight of the content of this record. The weariness is palpable here in Oldham’s voice; these songs were recorded halfway across the world and there is almost as wide of a disconnect between the roots of these songs and the earnest heartache these covers are steeped in.

Here’s what you need to know: This four-song EP will be limited to 300 copies and will be released in July. If you’re subscribed to this mailing list, you’ll be the first to know when pre-orders go up. The songs, all covers given the loving and lonesome Bonny treatment, were recorded in a studio in the Netherlands while the gang was on tour in Europe. The song selection is a beautiful arrangement, featuring songs from Roger Miller, Don Everly, Glen Campbell and June Tabor. Heart wrenching stuff. The 10″ records themselves are black, those beautiful circles you can’t take your eyes off of above are the center labels. The packaging is letterpressed, featuring artwork by our own Katie Ford. We’ll disclose more very soon.
If you’re interested in a copy subscribe to the newsletter here 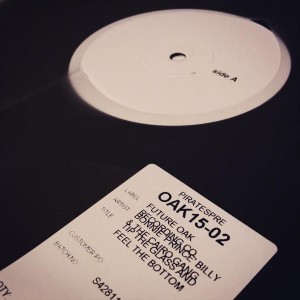